When you adopt a cat, there are plenty of decisions you have to make. What will you feed them? What will you name them? And most importantly, how will you care for them?

When it comes to caring for your cat, one of the things you might consider is whether or not to have him neutered. While there's nothing wrong with keeping a cat intact for breeding purposes, it is a potential risk to their health. Here's three of the things that your cat, if kept intact, could face.

One of the most common problems that male cats who are left intact face is the risk of being seriously injured. While a cat could potentially suffer an injury from a wide variety of things, like getting hit by a car, there's one kind of injury you can reduce the risk of to almost zero with neutering: getting injured by other male cats.

When two intact male cats interact with each other, it's typically a violent interaction. They'll quarrel over food and territory, and it gets even worse if there are female cats in heat nearby. Cat fights can be extremely violent and can leave your kitty with scratch and bite wounds that can easily become infected without treatment. By neutering your cat, you can eliminate the hormones that trigger this aggressive response. The lack of emitted hormones and pheromones often means that other male cats will ignore the neutered cat, as it doesn't seem like they pose a threat without those smells.

Another thing your cat is at a higher risk for when they're left intact is certain communicable illnesses. These are typically spread by exposure to bodily fluids like saliva, but some of them are also sexually transmitted. In other words, your cat could become ill by fighting with males and getting bitten or by mating with a female.

Illnesses in this category include things like FIV, which is essentially like a feline variant of HIV. While not immediately lethal, it can have a lasting impact on your cat's life for the rest of their life, and may limit whether or not you're able to adopt other cats, too.

Last but not least, the hormones naturally produced by your cat's body put them at a risk of developing testicular cancer. While cancer is typically rarer in cats than dogs, it also tends to be more lethal in cats. Doing what you can to avoid this dangerous disease is ideal, and getting your cat neutered eliminates the risk entirely, as the testes are removed.

When you adopt a new cat, consider having them spayed or neutered to prevent certain health issues in the future. 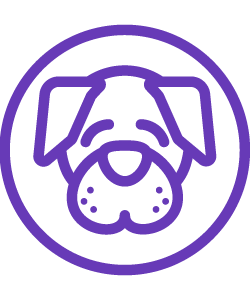 If Your Cat Has Fleas, Vet Care Is Important
22 December 2022